I finished off my broadsides now, and I've learned a thing or two as always. These were the new resin models that they came out with. The base body is made of hard plastic, but the guns are out of the fine cast materials. Same with the arms actually in this case. As I said in the last post, I'm not a huge fan of the Finecast series, but I have learned to work with it. You can even note in the picture above that the one gun is skewed just a little, and that the barrels squeeze in a touch. Trust me, it was A LOT worse, but a simple hair drier solved the problem in the end. 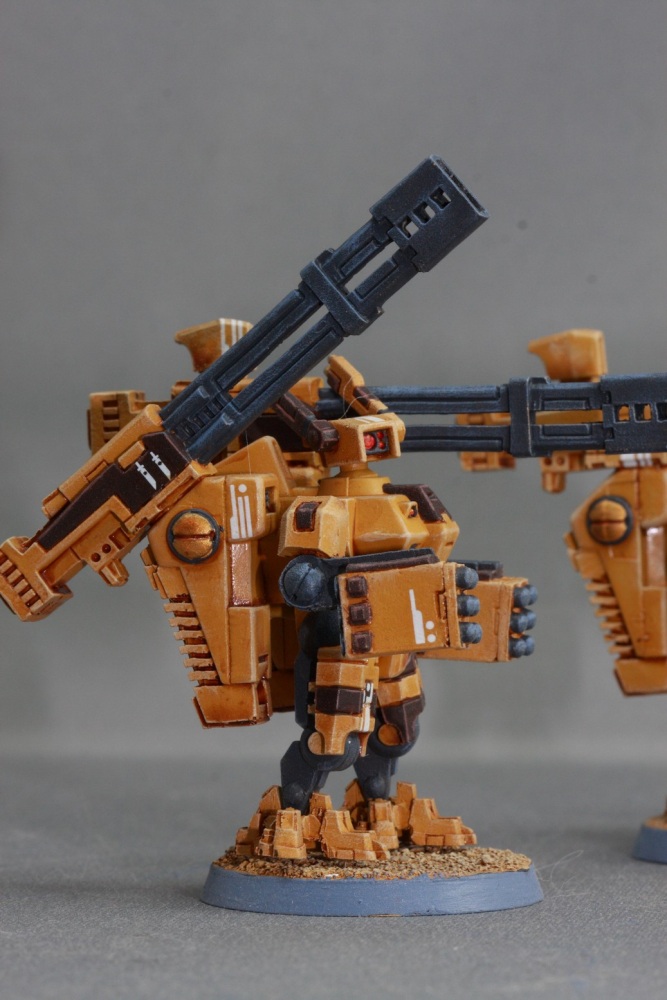 The other thing I learned is how to use my Army Painter spray. I've been having the worst time with this stuff, and it appears on both of these models. I've slowly begun to discover the spray distance that's optimal. It's sad that I feel like I ruin models all the time, but practice makes perfect. I tried my theories on a stripped Piranha and it's pretty much confirmed... Don't spray to far away! The reason I was spraying far away is because that solved another one of my problems, that being the gun arms and everything would roll around on the mat and get stuck with wet paint. So now I just need to figure out how to solve that problem and yay, I'll be making flawless miniatures no problems! 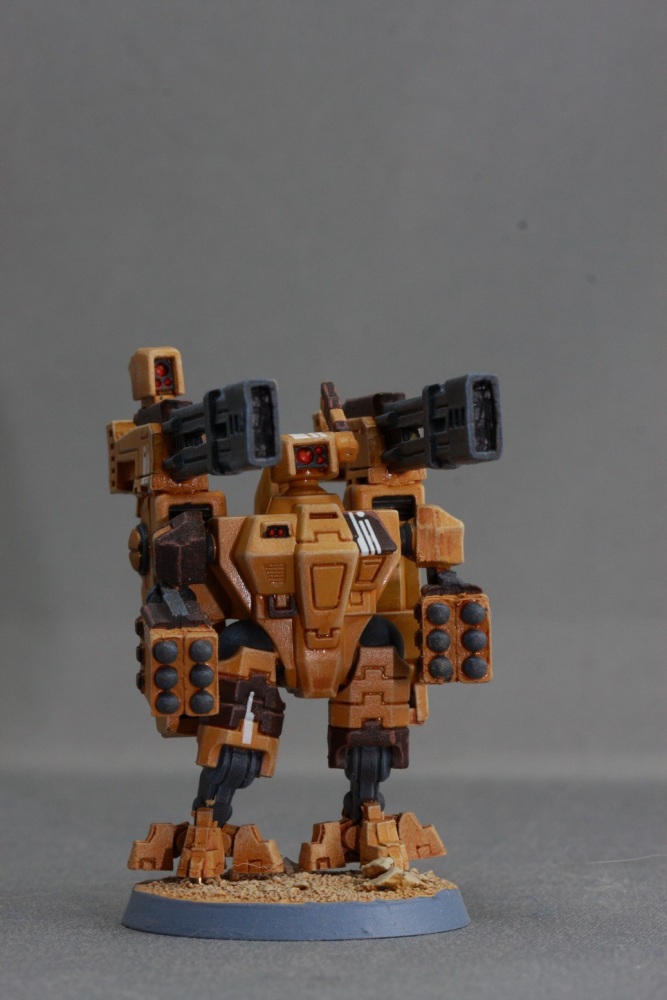 Lastly, I'm getting really cozy with the decals. If you check out past models, you'll note I haven't been doing them, or you'll see very few. Well these broadsides probably have the most decals to date, and I was having to much fun sticking them on. I don't know what the knife marker means, but I'm counting that as "kills" for that model! =P 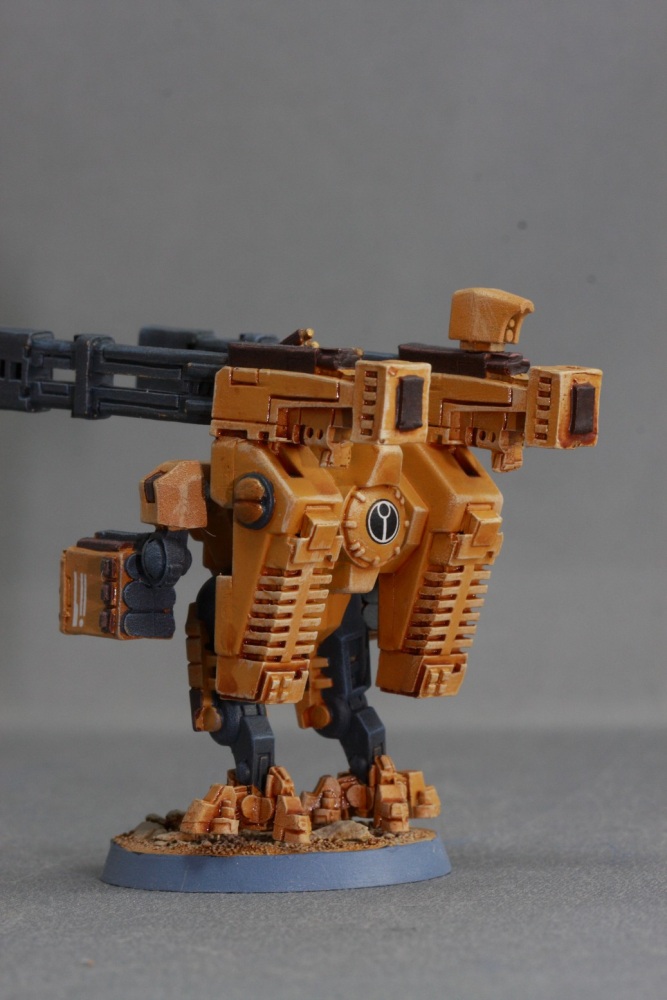 Then of course, there are the magnets. Those targeting arrays are magnetized and so are the arms. I don't feel like I needed to magnetize the targeting array and if it comes to that I may remove it. The reason it is as such is because I /may/ consider the multi tracker, but for now the targeting array seems best. I only really intend to hit targets from afar anyhow so I likely won't use those smart missiles too. Who knows though.

You can see what of my concerns with resin though in that last picture. Look at the backs of the long guns, and you'll note they aren't perfect rectangles. I'm sure I could spend hours cutting, remolding, shaping them to be what I want but that's just rediculous. I don't pay buckets of money for models that have defects like this. I kind of wish GW would just go plastic in a way. I'll live, I know, but the "OCD" inside me cries over this. The smart missile systems are also beveled inwards.

Anyway, they're done, and they're freaking cool! So what's next? Well I have managed to strip the paint off of a Piranha and now I've primed it. So I think attempting to do a vehicle again is my next goal to complete. I do have a number of guns I need to paint up, and it's looking like I really need to consider ordering foam to house my new Tau figures. So see ya next time! 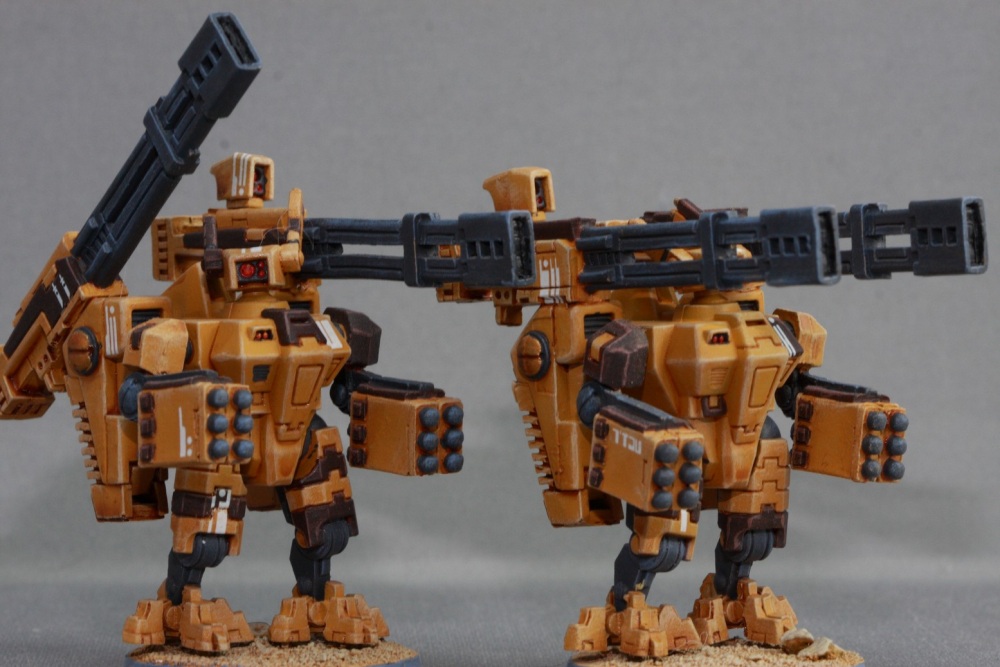